If I had a nickel for every time I thought about writing this post I would have, well, a hell of a lot of nickels. But reentry is too complicated for one post. It will have to be done in installments. You know what? That is okay. I have done installments before and sometimes it is good to break things up and even to revisit them. In non chronological order. Meanwhile the British spellcheck is reeling. Tough shit, I say. For I have come back home to the US of A where we spell installment with two “l”s. Enrollment too. Suck it, Brit spell check.

On June 28 2015 we closed the door of the terraced Edwardian house that was our home for four years (my daughters would correct me that it was actually three years, eleven months and a day, or something like that). We headed to Heathrow with one-way tickets in hand and a fair number of roller bags containing, among other things, digestive biscuits, my favorite everyday tea, a bottle of oak-aged Polish vodka and several bottles of wine acquired from various ports of call, each wrapped in an old sweatshirt or similar for extra padding. I am happy to report that all of the above arrived relatively unscathed, aside from some breakage of the first few digestive biscuits in the roll, at which I feigned outrage because I happened to open them in front of my new English friend.

No matter how prepared you think you are for a departure like this, for some reason it always seems rushed, unfinished, abrupt. That could be because I am perpetually attempting to do more than is physically possible for one person or because I am never quite as organized as I mean to be. (As an aside — even though I am unable to squeeze in everything I mean to do, on those rare occasions when I find myself with some time I am often paralyzed by the inability to do anything. Explain that to me. Perhaps I need to consult a shrink. But I digress.)

The difficulty of such a departure may also be the nature of the beast. Transporting a family from point A to point B, particularly when those points are on different continents, is kind of a big deal. Cue the people who, well-meaning or not, have asked me whether I have “renovated” our new house already. Really? Give me a break. I’d like to renovate your face. Maybe I will the next time I have some free time. Although we both know what I’ll be doing. Staring into space…

Since our arrival, I have been faced with another question: how has the reentry been? Have we “adjusted?” And I don’t really know how to tackle these questions. Because I am not at all confident that I have really adjusted. And how the reentry has been warrants much more than a simple “good,” “hard” or “fine.”

In some ways it has been easy. We live in a town we already lived in for seven years prior to our stint in London. We live in a familiar house, having purchased the home my husband grew up in. (I know, cray-cray, right?) We are much closer to family. And we have returned to very close friends. All of that is major. So, aside from the fact that many of my nearest and dearest are now not an international flight away, a lot of little things are easy too. I know where the grocery store is (and bonus — Wellesley is no longer a dry town — how lame was that — so the Roche Brothers (local grocery chain) even stocks wine and beer and shit. Hurrah!). And I know where to get the car washed and fill up with gas. I know where the public library is even though I never go there anymore and whom to call at DPW if the street lamp is out and stuff like that. But what does any of that really mean?

Sometimes I think that I have avoided adjusting altogether. Not intentionally, as in deliberately turning my head and and refusing to confront it, but more like I’m subconsciously occupying a parallel existence. Do you remember when I wrote about partitioning one’s internal hard drive? See http://killingitblog.com/american-summer/ It is sort of like rebooting and holding down the “USA” button and just existing on that side of my brain. I know the London part is still in there but it just isn’t in session right now. It’s asleep. I ask myself, is this some sort of trick — some way of avoiding the real issue and the real transition? Or is this just the way I function? Maybe I have two selves. USA Emily and non-USA Emily. But you know I have thought about it and that doesn’t quite capture what we liked to refer to in law school as “the totality of the circumstances.” Sorry. I couldn’t help it.

I think I know what it is, in fact. It is the same with any other thing I have been through and it is not the way every individual approaches life, but it appears to be my way. I exist in and am focused on the present. But more than that, I am forward-looking. And forward-moving. I am here now so that’s where my head is. Here now and thinking ahead to tomorrow. The other part of me is not gone. It just isn’t active. It’s back there. When I go back to London for a visit, it will wake up. I think.

Now, that doesn’t mean that the two “partitions” are so divided that it is like severing the two hemispheres and one side has no idea that the other side even exists. There is a marriage there, or a relationship, anyhow. There is communication and inevitably, comparison.

It occurs to me that most humans probably function this way. It makes sense that we are most focused on the present and that things in our pasts fade into the background. I realize this is a gross generalization and that many of us continue to revisit the past and be affected by it. It raises an interesting question though. Which type are you? And is the answer age-dependent? Do we focus on the past more as we age because we realize that the future is more finite? I dunno. I am getting too philosophical now.

But the whole thing got my head spinning about adjusting and how it is a “process.” Maybe my idea about the partitioned hard drive isn’t right at all. Perhaps, instead, the adjustment is taking place so quietly that it is almost imperceptible to me.

Did you know that if you put a frog into cool water and slowly bring the temperature up the frog will not perceive the change and it will in fact not jump out? Until it boils. Actually this may just be an anecdote. I have no evidence and am not planning to try it because eww and poor froggy if it works. But still. Maybe that’s what I am doing. Maybe I am adjusting, minute by minute, without even knowing it. And one day I will wake up and be… fully cooked.

I think I could be onto something. Because I forgot to mention that although the location of Roche Brothers may be forever ingrained in my muscle memory, the first couple of times I set foot in there I had to leave after five or ten minutes because I was overwhelmed by aisles and aisles of merch, supersized grocery carts and stony-faced, aggressive suburban ladies dressed in Lulu Lemon and The North Face. I kind of missed the tiny local grocery in Belsize Park, the unexpected European and Middle Eastern treasures lurking around every corner, things that you can’t easily get here or can’t get at all. Carrying a couple of bags to the store and buying only what I could carry home on foot. I even missed the weirdos I always ran into: the woman who decided to pay for her groceries with one pence pieces and the smelly old man who always blurted out something inappropriate… and Helena Bonham Carter.

But here I barely think of them anymore because I have moved on. They have faded into the background. Not forgotten but not in the forefront of my mind.

I guess the answer is that I continue to “adjust.” And that it has been easy, hard, good and bad, expected and unexpected, pleasurable and painful. Just like the rest of life. The partitioned hard drive doesn’t quite capture it. And neither does boiling a frog. Because it isn’t as simple as flipping a switch and occupying a different part of your brain. And at times it is pretty damn perceptible and not at all like turning up the temperature in minute increments at a snail’s pace.

So where does that leave us? Partially cooked, I would say. And still looking for answers. Stay tuned for installment deux. 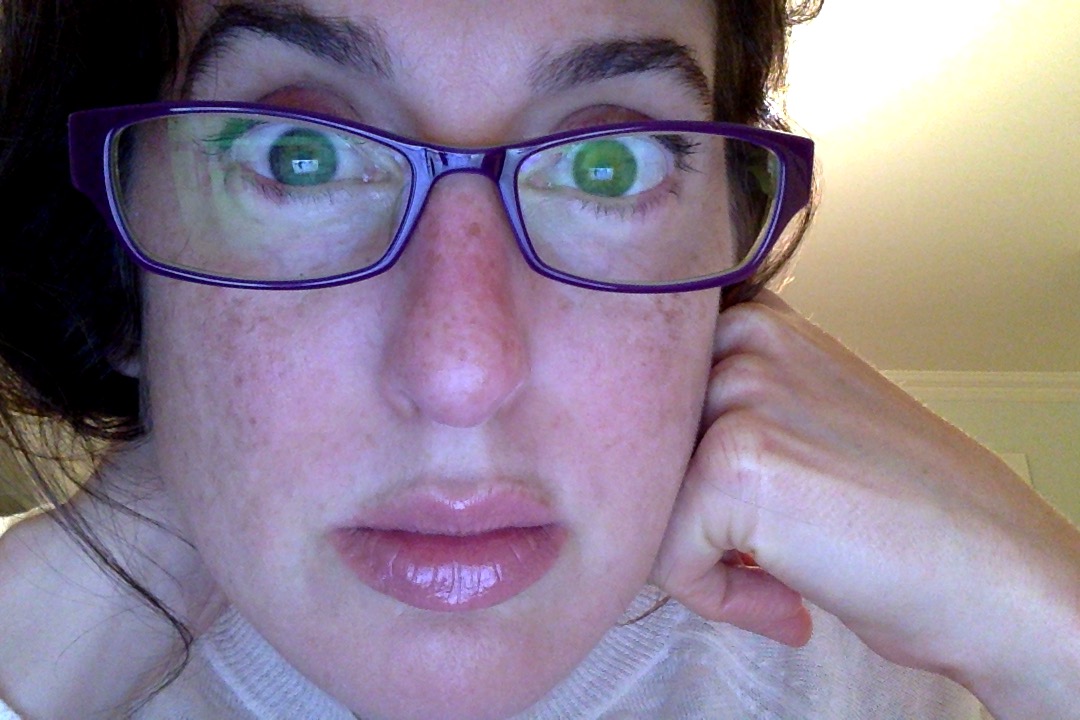 1 thought on “Reentry: Part One”