Do I need a theme? Something elegant, well thought out? Bright and witty? In order to write…?

That occurred to me when I was getting out of my car tonight after pulling it into my too small garage (or depending on your perspective, my too big car in my just right garage — perspective is everything).

Thought No. 1: My car has a really excellent sound system. It was a good decision. Sometimes when I put it away for the day I turn off the ignition and sit there for a few minutes listening to really loud music. Just me in the too small garage. Rocking out. Then reality hits and I realize I have to make dinner and deal with people and shit so I shinny between the barely open door and the garage wall (which involves being a size 4 or smaller in order to extract self without injury). It’s a pain in the ass but somehow amusing and ritualistic. I won’t miss it when I have a better garage yet I find it amusing. The little things the little things.

Thought No. 2: I tell my kids to make their beds every day before school. Most of the time or maybe half, they don’t do it. Most days I make my own bed. But sometimes I don’t do it either. I wondered the other day whether that makes me a hypocrite. I decided it just makes me human. Fuck it fuck it.

Thought No. 3: Locker rooms are weird. Generally. They get weirder when you are wielding a pair of reconstructed tits following a double mastectomy. Earlier this week I ran into a former neighbor who hadn’t seen me in ages and I don’t know if she “knows.” I was standing there in a towel for a while, smiling and making polite conversation and ultimately decided not to change in front of her because I didn’t want to deal. But I am starting to get less worried about that. Maybe I should just parade those puppies all over the locker room — could be an enlightening, eye-opening experience. The long and short of it is that I think I have come a long way, To wit: Once, following my reconstruction, I was showering at my gym in London and I realized that I had forgotten to bring my bra and panties into the stall so I could walk out semi-clad as was my custom. I had a tiny towel that was way too small to cover both T and A. So I weighed my alternatives and decided to cover the top half and walk out of the shower bare assed. Should I have hyphenated that? Decisions decisions. And of course. Perspective perspective.

Thought No. 4: A few weeks ago I was horsing around after maybe a couple glasses of wine and ran after my 9-year-old who was carrying some dark chocolates. When carpet changed to hard wood (I had on socks) I bit it hard and smashed onto my left elbow and hip. I eventually went to the orthopedist who informed me I might have broken my elbow but if I had they wouldn’t set it anyhow and to just wait it out and deal. The arm is better and doesn’t limit me much. I can work out, lift things, Do burpies, planks and push-ups, etc. However, I still can’t open a bottle of wine without putting it on the floor between my feet for leverage. Irony Irony.

Final Thought of the Night: In the summer I bought a nice ficus and a king palm and kept them on the screened in front porch where they seemed relatively content until one fateful day when I guess I overwatered them and they started to look poorly. Then when the weather changed I moved them into the living room and that really killed the fuck out of them. Oops. My husband informed me that I was not to purchase any subsequent indoor house plants following this incident. He did not know that that very day I had been scoping out an expensive fiddle leaf fig tree at Winston’s which is probably one of the fussier indoor plants to take care of. Ha ha. 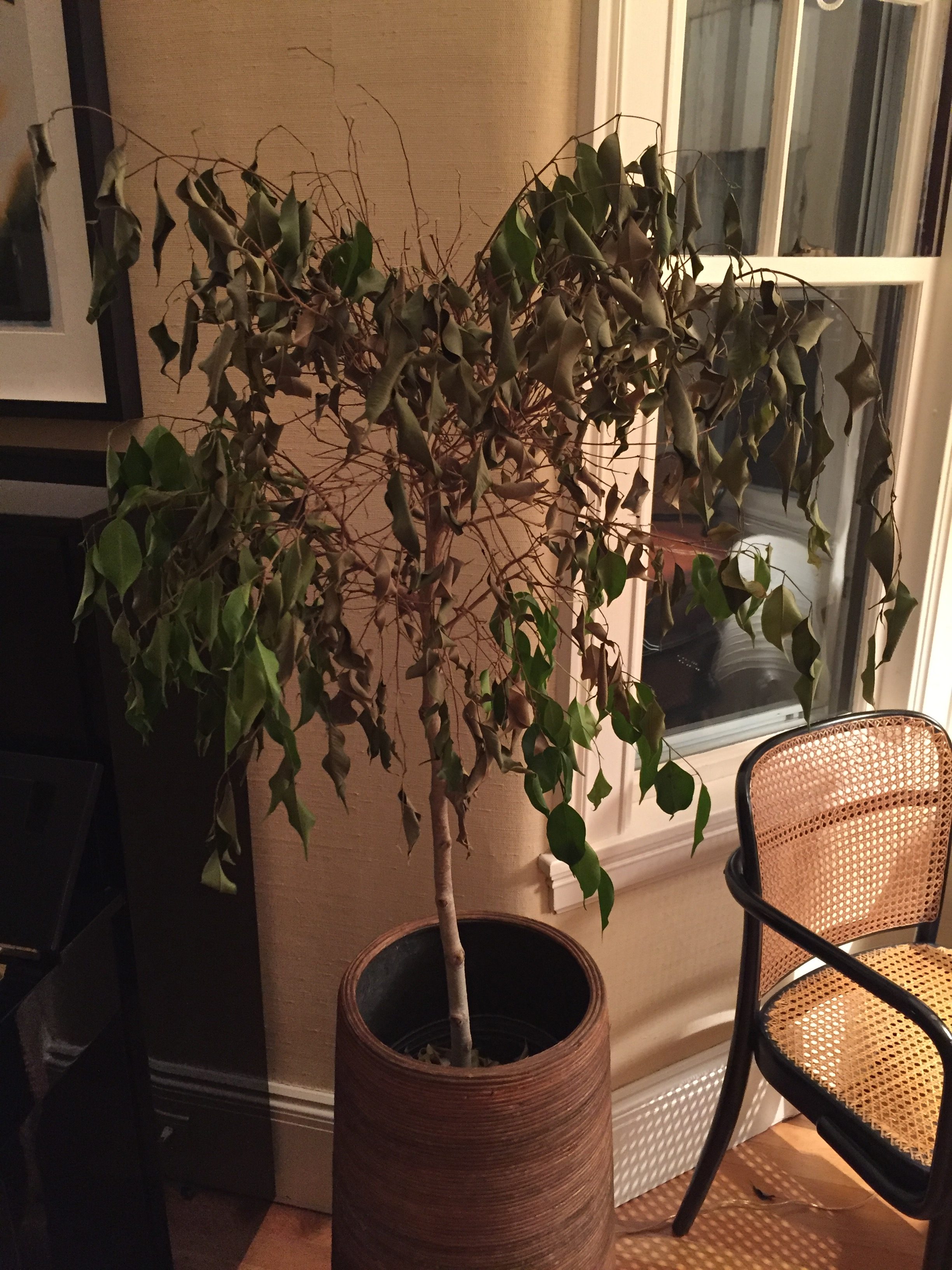