I just ate the first row of squares from the single origin Ecuadorian chocolate bar I purchased in Cambridge (Massachusetts) last week at L.A. Burdick and I have to say:  I am in awe. The satisfying clack when I snapped off a piece, letting that first, imperfect square roll around on my tongue and melt a little before finally allowing myself to masticate. That’s masticate, people. Get a dictionary. Ew. It means chew for crying out loud. I found the receipt this morning while cleaning the American money out of my wallet. Each bar was ten bucks. No wonder.

Anyhow, I digress. Because I actually have no intention of writing about chocolate. In fact I should not have done so because my husband, erstwhile ignorant to the charms of the two bars resting on my desk, will now be looking to get a piece of the action.

Rather, the topic of today’s post is something else that I find awe-inspiring. My ten-year-old daughter. This occurred to me Tuesday night while I was getting ready for bed. I thought about all of the things we had done during the day and more specifically, all of the things she had done. And it was pretty impressive, at least to me.

Last week, she missed an entire week of school because we had to haul ass to the States to visit schools in preparation for our eventual move back to the Boston area. The travel, the visits and the snowstorm, which somewhat interfered with our plans, meant that she was behind on homework when we returned to London last Saturday. Not surprising. Plus, there was the inevitable jet lag, that no matter what I do to counter it afflicts us all. I even went to bed at about 9:00pm every night in the US (I know, loser, right?), not only because I was tired as hell but also because I thought — ha! I will fake out the jet lag and not fully adjust to EST, thus making my return easier. Not so. Mother Nature had other plans. Just as she had other plans for Boston last Tuesday.

So, jet lag and staying up late to do homework Sunday and Monday meant one tired child. In fact, if I had not forced her to go to bed when I did, I am 100% convinced that she would still have been up at 2:00am on Monday, eyelids pried open à la Ulysses, trying to catch up for fear of the consequences of showing up unprepared. I know it is a good thing to be a conscientious student, I told her, but you are in fact TEN. No one will ever look at these grades again. And I can write a note. It is not your fault we had to go on this trip. So please please please go to bed. Eat the lotus and drift off blissfully. Succumb. Please. I wondered if she was worried about being unprepared for fear of letting me down. I hope not. Or was it fear of letting her teachers down? Or herself? Whatever the case, I thought, I need to remind this kid to be a kid sometimes. Lighten up, party, have a margarita and shit. Not really, but you get the gist.

Tuesday morning she managed to pull it together, somehow. After school, she came home and announced that she needed to do some sort of skit or presentation for Humanities, in which they are studying ancient Egypt (cool, right?), which involved dressing up in a costume, making a few props and serving food. Oh and by the way, she said, I need to prepare some food because I will be a servant, so we need to bake something. Today.

That, and she needed to finish up her final remaining school application (we had been slogging away on these things for what seems like ever, and they required what I consider to be a surprising amount of effort/time/focus from both parent and child). Oh and also catch up on her homework on which she was still behind. Oh and also do her newly assigned homework. And study for a test. And practice the piano. And the clarinet. And breathe. And put one foot in front of the other. It was already almost 4:00pm.

But she had been such a good sport about doing her applications over the past weeks (I have tried to spread it out so as not to overwhelm) and had been so great on our trip and at the school visits that I just could not say no. Ok, I caved, you can bake something. I convinced her, at least, to choose something simple. Enter Mary Berry’s (she is like the English Betty Crocker for those not in the know) fork biscuits, which are shortbread cookies requiring only butter, flour and sugar. I asked her if the ancient Egyptians ate shortbread, or, in fact, cookies of any kind. But undeterred, she said that it would do fine because they probably ate samosas or something snacky like that. So that is how she ended up baking two batches of cookies for her Humanities class, one plain with chocolate chips and one chocolate with butterscotch chips (I am pretty certain the Egyptians did not have butterscotch or indeed a Hieroglyphic for such).

And she did the whole thing by herself. I even let her put the tray in the preheated oven and take it out when I was in another part of the house. (For some of you this may be no big deal but I am sort of mental about letting my kids do stuff involving sharp knives or a hot stove unless I am physically present in the room. At what age does one stop worrying about supervising such activities? Let me know…)

Having safely removed the cookies from the oven, she popped upstairs and finished off the essay for that final application and started to attack her homework. At one point she appeared downstairs wearing a khaki, James Perse cotton dress of mine. She had apparently rifled through my closet for the perfect peasant outfit and found this to be suitable. And here when I bought it I had no idea that I was paying hundreds to dress like an ancient Egyptian peasant. I guess fashion really does come around every few thousand years. The next morning, armed with a tin of cookies, including a package of store-bought gluten free biscuits for a gluten intolerant classmate (totally her idea), wearing my “peasant dress” and toting a plastic axe (prop) off she went. And I thought to myself, damn, that is one capable kid.

Capable. That is what my mother-in-law said about her during our visit last week. And indeed it is true. She is capable. But there is so much time in the future to do all the stuff she is capable of and so little time left just to be a kid. When I try to think about what I was doing when I was ten I can’t really remember. I suppose that I was capable in my own way as well. But the details are fuzzy and life was very different. I remember being at school and the other children more than I remember what I did after leaving school, which I suppose isn’t surprising given that most of the day at that age is spent in school. That’s why it is good to write these things down. You can see what you were up to when you start to have premature senior moments, precipitated, no doubt, by the ADD that all of us now have due to overuse of technology.

All of this made me wonder about what it feels like to be ten. And whether that felt a lot different, developmentally, hundreds or even thousands of years ago. One of the pharaohs that Izzy is studying (Ramses II) was made an army captain at age ten. That seems crazy. I thought about it. Did the little dude still freak out and tantrum once and a while or just play with wooden swords and act like a child, or was he AFB (all-fucking-business) all the time? Did he ever tell his dad to shut up, or just start crying because he was too hungry or too tired, or did he just force himself to deal because that was what was expected?

I suppose that when the average life expectancy was fairly young and dying of old age was a rare occurrence, being very capable at ten might have been more the norm. Now, with people routinely living into their eighties and beyond, a ten-year-old needn’t be an army captain quite yet, or know how to drive, or run a small country. Yet so much is expected of our children today. The homework, the after school activities… The resume building seems to be starting younger and younger. And along with it, the anxiety and even physical manifestations of it.

I contemplated some of the application questions that my kid was asked to address: At your graduation from high school (that would be EIGHT years from now) what do you hope will be said about your accomplishments and your contribution to the community? If you could replace any activity you now do with something else, what would it be and why? And I ask you, does a ten-year-old need to be tackling these issues? One of my favorite questions was to design your perfect Saturday. Now that, at least, is something a ten-year-old can get her head around. Sigh.

We all want what is best for our children. We want them to be successful. But the most important thing is for them to be happy, isn’t it? To remember to be children. To be challenged and to reach but to have fun along the way. To figure out what they want to be, with many missteps, and perhaps changes of course. Not to push them into what we think they should be, possibly get them “there,” and then realise too late that we have contributed to making them miserable.

One thing I know for sure: once we have moved back to Boston, I will take the kids to Burdick’s for a cup of dark hot chocolate. We will try to snag a table among the deliberately shabbily dressed Cambridge academia, slightly stand-offish and smug, discussing oh-so-seriously their theses, the future of the world, or whatever, between sips of cappuccino and forkfuls of “Harvard Square,” which is a sort of elitist brownie confection. We will block out the drivel and focus inward, on laughs and the present moment and that inimitable cup of liquid gold. On being happy. On the short-lived deliciousness of being a kid. 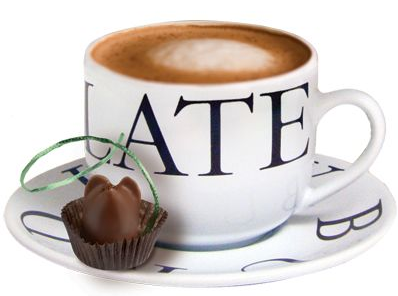